NASDAP was created after the 1996 after the salary communication round because AP’s and DP’s were removed from the Collective Contract as a named group.  Jenny Thomas and Allan Webb along with others were instrumental in beginning NASDAP. A newsletter was produced and invoices were sent out.

The Dunedin Conference was the first National Conference.  After that there were bi-ennial conferences and it has evolved like SPANZ.  There was concern for the next tier below principals. We needed a voice elsewhere.   We managed to get a voice at Payroll, NZQA and Leadership Groups and we started asking various people to come and talk to NASDAP executive meetings. We used to disseminate information through the newsletter which was posted to schools.  As technology developed a website seemed like a natural evolution. 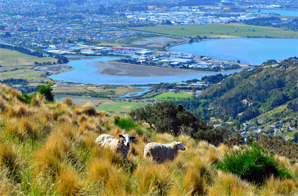 What do I get for paying the NASDAP fee?

National Voice:  It is important to have a national voice.   We need to solidify our political voice. Seeding Money for Conferences and representatives on various committees.  Once people in positions of power knew we existed they were more inclined to get in touch with us. Communication between other DP’s and AP’s through a formalised network.  Networking is invaluable at NASDAP conferences especially for schools which are isolated.  Supporting each other is the main focus of using our money.

Each of the regions have various meetings and mini conferences they organise.